2020 has had it’s ups and downs. We started the year with nearly 90 people in classes in various around DC/Maryland/Virginia area, were averaging two workplace workshops every month including for Capital One, and had just packed a pair of back to back student showcase shows in Annapolis and Northern Virginia. Things were firing on all cylinders.

We were only a week into the new semester, which was already down significantly in attendance because of the looming threat. Our last in-person classes had us social distancing and doing air handshakes and virtual ‘got-your-backs’ while keeping a safe distance during scenes. And a few days later everything shut down. At first, all indications were that it would be no more than a week or two. Then it became a month or two. Now we’re in August with no clear end in sight as the virus spreads out of control.

Huge improv theaters, including Upright Citizens Brigade in New York and iO (ImprovOlympic) in Chicago have shuttered their doors for good. Reflex is more nimble since we don’t have any real estate to worry about, but how do we keep things connected during this uncertain time?

The big question was ‘Could improv work over Zoom?’. I was skeptical at first. The first few sessions were a bit of a mess. How do we figure out who is in a scene with who? How do we work around lag issues? Why are people talking over each other? Is it possible to play Zip Zap Zop on video screens? What about object work? And, will people be too zoomed out to even care?

For the first couple of weeks, it was frustrating as we worked through the various issues and retooled exercises and games to work in the new format, but one thing that stood out was how much everyone enjoyed being together, even if they weren’t actually physically together. The company in a time of extreme isolation and loneliness meant a lot to many of our regulars.

We had several new people from around the country and even on the other side of the world come join us. From the newcomers, we kept hearing how welcoming and inclusive our groups of improvisers were. I was super proud to hear this since inclusiveness was the main reason I started this endeavour in the first place. We had people thousands of miles apart laughing together several times every week.

As the weeks turned into months, we took that shaky start and gained more confidence and got more bold and creative in our approach. Instead of looking at Zoom as an obstacle, we began seeing it as an opportunity. We yes-anded the Coronavirus and good things have followed.

New games and exercises have emerged through experimenting with the platform. Old games and exercises have been modified and tweaked to work within the confines of the screen. For the most part, we’ve given up character names and instead use our real names to keep confusion to a minimum, but everyone is free to create whatever fictional version of themselves they desire to at any time – or to even just play themselves.

In this time of extreme uncertainty, anxiety, loneliness and separation, we have laughed together. We’ve helped create meaningful connection.

Across the United States, and Worldwide! 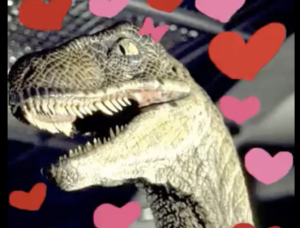 “You know what will cheer you up? Boggle.” “Well, lookee who’s here… it’s the breakfast police.” “Sticky high fives!” “I understand. You’re

The Babies break all the rules, clean a Golden Corral after months of COVID shutdown, develop cake blindness, become cool-ish parents, and

The Babies cheer up a dismal swamp, make their own Gatorade, go tunneling, hold an infrastructure meeting, chew spicy gum, and solve 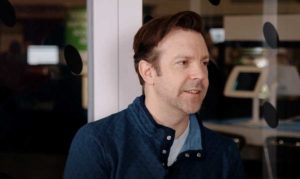 The Differences Between Online Improv and In Person Improv

I’ve been leading improv classes, improv for the workplace workshops, and jams over Zoom for almost six months, and what started out as a stopgap

Last year, I was invited to an outer suburb outside of Pittsburgh, Pennsylvania to lead a group of librarians from facilities all over Washington County

I Did At One Point Go Commando

A Harbinger of Joy

Mr. Yuk With the Diamond Eyes

“We do not brush our teeth in zoom.” “During these times I just feel like I need to bring out my feral side.”  “That was

“My brain just turned French.” “With furries, you don’t know where the fur ends and the human being begins.” “Yes pineapple. Tell me more.” “I

“You know what will cheer you up? Boggle.” “Well, lookee who’s here… it’s the breakfast police.” “Sticky high fives!” “I understand. You’re a dinosaur and

“They’re just here for the popcorn – they don’t give a shit about Finding Nemo.” “That’s the pointiest cone bra I have ever seen.” “Tingly